We are celebrating Lincolnshire Heritage Week with an exhibition in the Clock Tower on Sunday 11th September from 2pm to 4pm, plus refreshments and a bring and buy stall. Please come along.

Aubourn is recorded as a settlement in the Domesday Book of 1086, in the hundred of Graffoe and the county of Lincolnshire. It had a recorded population of 20 households. Aubourn lies within the curve of the River Witham and like most settlements its history has been affected by its situation and its smallness is a most attractive feature. Within half an hour it is possible to walk around the village and see the landmarks which reveal its past and if time permits it is worth exploring further, to find the site of the old watermill.

Most of the land in Aubourn still belongs to the Nevile family, who have been Lords of the Manor since the late Middle Ages. Much earlier, large areas of farmland belonged to the priory of Belvoir. Rent for the watermill was paid in ‘sticks’ of eels, for there was a very valuable fishery nearby. The mill has now disappeared, demolished in 1968, but it is known to have been situated south of the village and a weir remains to mark the site.

The bridge across the Witham, near the old school, provides the only road link with Haddington and the Fosse Way. In 1592 a bequest was made to repair a wooden bridge on this site, and in 1790 a brick bridge was built. As safety from marauders became less important than ease of access, the bridge became of key importance, for the seasonal hiring fairs took place at the Half Way Houses, and the cattle drovers could now take a route through the village. They were sure of a welcome at the house of Mr Joseph Dalton (near to the old church) where they would spend the night by the kitchen fire before going on their way to Norwich, where the cattle were sold.

Like most rural communities, Aubourn was self sufficient and supported a range of trades : blacksmith, carpenter, baker, weaver, draper and grocer. There was at least one ale-house and early records mention three ‘barley wives’. Along the farming and fishing, hempdressing  was a local occupation. Carriers carts called regularly between Lincoln and Bassingham. A Post Office was established with local deliveries in 1896.

The former shop and Post Office in Royal Oak Lane is the last of a variety of trades which were a feature of village life in the recent past, and there have been several shops, for there are records of a grocer, baker and a draper in the mid-nineteenth century, as well as craftsmen. In 1895, the shop of Thomas Wood the village grocer became the Post Office, and Wood became postmaster as well as village carrier. The shop was finally closed in 1992.

The Reynolds family has featured in Aubourn life in various capacities, as farmers, carriers, shopkeepers and village officials since the early 19th Century and several are buried in the churchyard. Today their name is remembered in Reynolds Paddock and Reynolds Cottage. Thomas Reynolds, baptised on 25th January 1801 was molecatcher and pinder (keeper of the village pinfold or pound). He was notoriously difficult to get on with and rather deaf. Various complaints of his are recorded in the Lincolnshire Chronical including being attacked with a pitchfork, and being kicked out of the carriers cart by his brother Robert Reynolds. As late as July 1872 he was bound over to keep the peace in another dispute against this same brother. 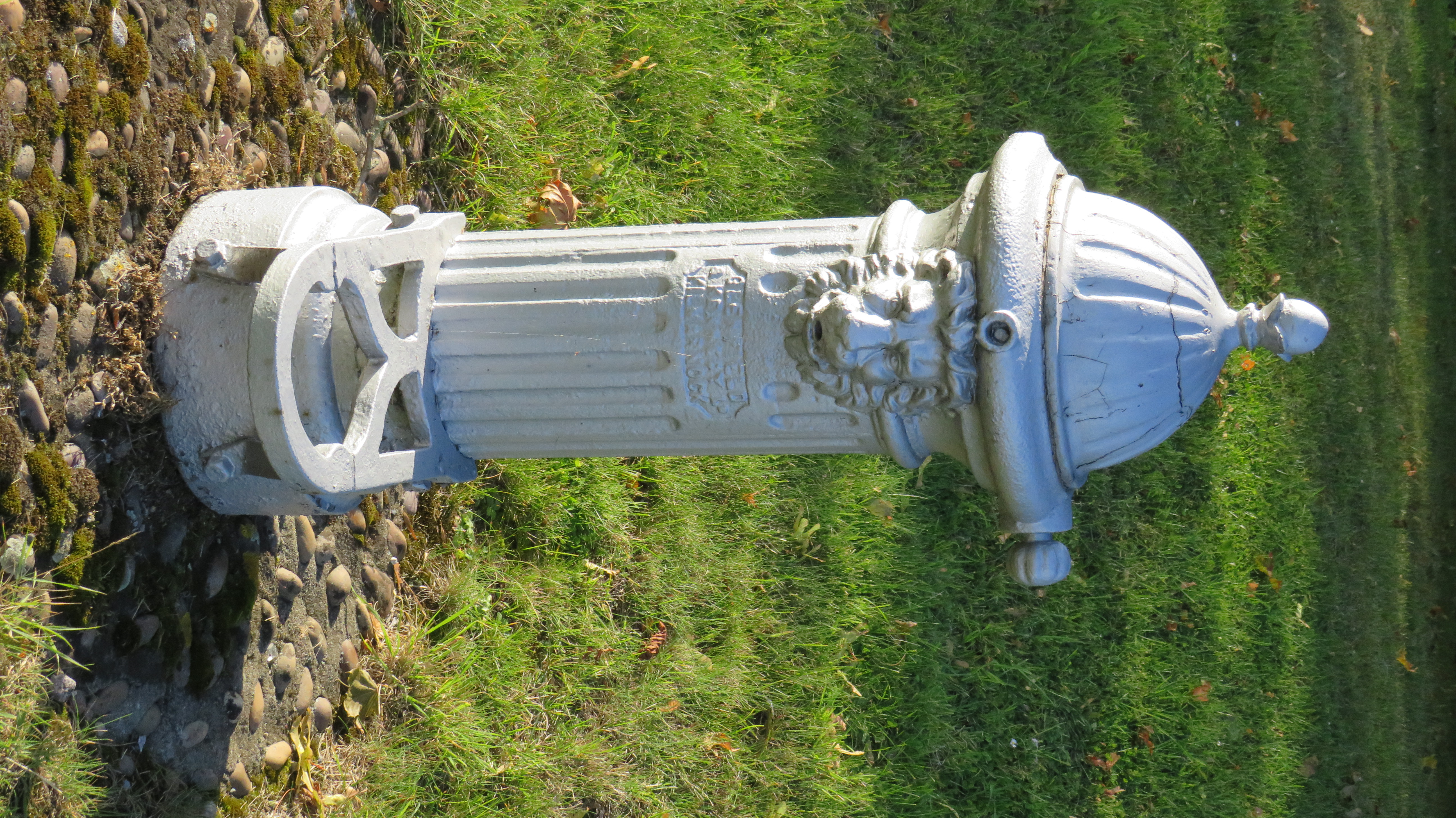 There are 3 of these cast-iron water pumps in Aubourn and one in Haddington. They provided the water supply for the villages until they were disconnected. They are identical in design, with domed top, lions head, and a convenient stand to hold a bucket or can. The manufacturers name is displayed on the front. They have been painted and refurbished and they are important landmarks in the community.

This was the site of the vicarage, first recorded in 1218. In 1611 it was described as being thatched and standing in half an acre of ground south of the churchyard. It consisted of two low rooms floored with sand and clay.

Methodism came to Aubourn during the time of Mr. William Lamb who lived in Aubourn Hall at the beginning of the 19th Century. The first chapel was built at his expense in 1805, and he allowed a Wesleyan Sunday School to be run in a large room in the Hall. The chapel was rebuilt in 1827 and again in 1845. The Wesleyan Temporance Society was an important part of village life at the beginning of this century, and an annual football match took place on the Society's anniversary.